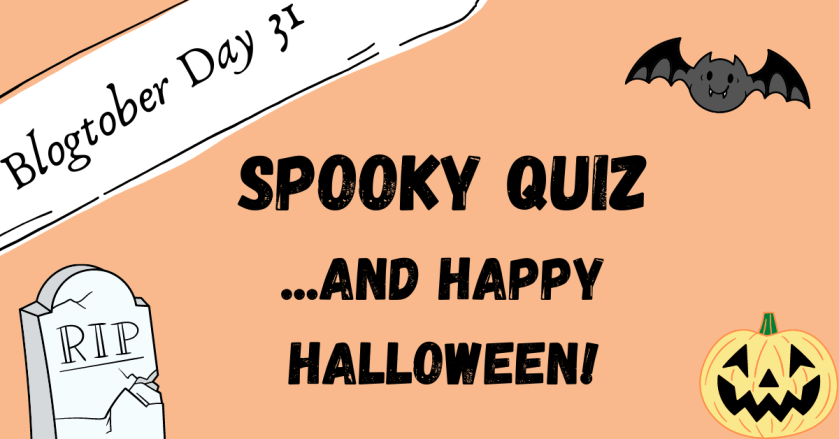 Happy Halloween! I know Halloween looks very different this year but I hope you’re still able to safely fill this spooky day with fun and frights.

This is also the final post of Blogtober so I wanted to do something fun that will bring all the previous posts from this month together. I have written quite a few history and pop culture related posts for Blogtober and I thought I’d take inspiration from them and create a spooky Halloween quiz for you. The answers to all of these questions are splattered across the last 30 posts so if you want to read more about any particular topic, I’ll leave the link to the blog post about it in the answer section as well.

1. What vegetable was traditionally used in Irish Jack-o’-lanterns based on the story of Stingy Jack?

2. A giant wolf of Norse mythology is sometimes thought to have played a part in the development of werewolf lore but what was his name?

3. Corpse Bride lost the best animated feature award at the Oscars in 2005 to which other non-scary Halloween movie?

A. The Nightmare Before Christmas B. Wallace & Gromit: The Curse of the Were-Rabbit C. Coco D. ParaNorman

4. Ouija Boards were first patented back in 1891 but which company now owns the trademark?

5. Which of these famous writers has had their skull stolen from their grave?

6. Which village was claimed to be the “most haunted village in Britain” in the Guinness Book of Records in 1989?

7. What is the name of the famous vampire from penny dreadfuls that pre-dates Bram Stoker’s Dracula?

8. Who led the excavations into King Tutankhamun’s tomb but managed to avoid the infamous curse?

9. The Tarantella dance was created as a cure for Tarantism, a form of “dancing mania” said to be caused by what?

A. Miasma B. A witch’s curse C. A spider’s bite D. A werewolf attack

A. White Zombie B. Night of the Living Dead C. 28 Days Later D. Shaun of the Dead

11. When was the last time the 1735 Witchcraft Act used to imprison someone?

12. Who authored the book The Castle of Otranto and is often credited with inventing the horror genre?

13. Which of the following figures of urban legend have been said to visit those who have seen aliens or UFOs to keep them quiet?

A. The Men in Black B. The black-eyed children C. Bloody Mary D. The phantom hitchhiker

14. What type of creatures were thought to be witches’ familiars during the European witch craze?

15. The last of Burke and Hare’s victims was killed on what annual festival day?

Have an amazing Halloween! Stay safe and eat all the sweets this spooky season. I’ll be back very soon, bye for now!